I'm going to get a camper. It's a big step, yes, but a step I'm ready to take. I've been camping in a tent for awhile now.

Fun fact: Two out of the three times I've camped this summer, it has rained.

Have you camped in the rain...in a tent? It sucks. Even when you pull everything away from the sides, your stuff will still get wet if your tent didn't originally cost you $300.00 and up. Or let's say you get stuck in a torrential downpour during a thunderstorm/tornado warning. Yep, your tent and everything in it gets completely soaked, and you spend the night in your car. U.N.C.O.M.F.O.R.T.A.B.L.E.

So the time has come. I have put my years into tent camping. I have suffered the hot days, cold nights, and severe weather. I have laid in my sleeping bag and watched dozens of spiders climb the netting of my tent (on the outside, of course, but still. I've seen some big spiders).

I have had to dry out a wet tent days after being home from camping, just so that it can get wet again in a surprise rainstorm. I do, in fact, have a weather app - don't get me started on how wrong the app can be. Then I have to put out the tent for a third time. It's a pain.

Then again, I think I'm going to miss tent camping. It's fun. I really feel like I'm roughing it, even though I'm still car camping and showers are a mere 200 ft away.


Enjoy some pictures too. These pics are actually pics of our camper. 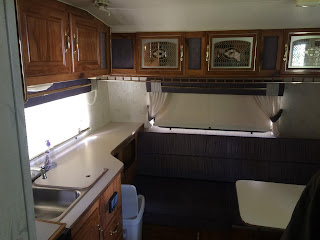 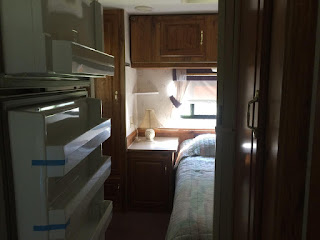 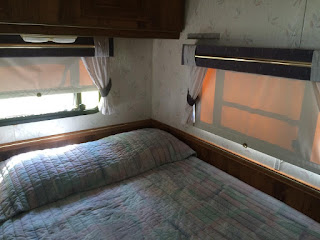 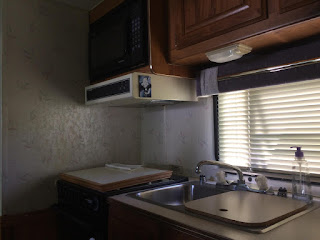 Come September, we'll have it in our possession. Get excited, people! Kinsey is going to be living the 1992 travel trailer life! Let's go camping!

blogs that keep me reading

have you read these yet?

Yeah, I Wrote About This Stuff...